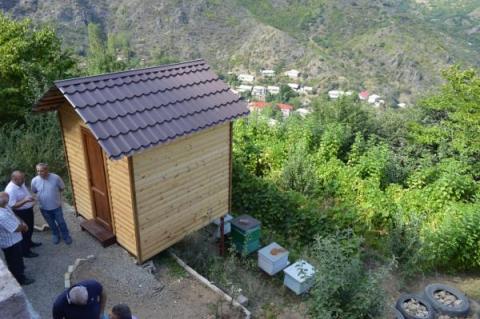 Four new businesses have opened in the Lori region of Armenia with the support of the EU and its EU4Business initiative.

The businesses, in the cities of Vanadzor, Stepanavan and Alaverdi, all launched their activities within the framework of the ‘Boosting Competitiveness of regional SMEs’ project, co-funded by the EU and the Republic of Armenia.

Apitourism and apitherapy are a novelty for Armenia. Vigen Mnatsakanyan founded his ArmBee business in Alaverdi, inspired with the idea of apitourism and keen to exploit the therapeutic properties of bees for health and wellbeing.

“I wanted to organise bee tours, where tourists can observe bee keeping, honey making and other activities related to bee keeping; in specially constructed bee-houses, people can breathe the healing air of the hive, taste the mountain herb teas and relax, enjoying the sweet and relaxing aroma of bees and listening to their buzz,”the young entrepreneur said.

After participating in training supported by the EU and getting financial and loan support from the project, invested in the facilities, built two bee houses and is now ready to accept customers.

Gandzak fast food and bakery opened in Vanadzor, owned and managed by Ruzanna Hayrapetyan. She founded the new business on the site of a former furniture store belonging to her family.

“Thanks to the credit and grant funds from the EU and SME DNC of Armenia, we purchased the necessary furniture and equipment. For the design of the logo and for preparation of the sign board we got support from the Strategic Development Agency NGO,” said the entrepreneur.

Arshak Grigoryan, the Executive Director of SME DNC, which implements the project, described Ruzanna Hayrapetyan as an outstanding example of a successful businesswoman: “Your success is the result of the teamwork of all of us,” Grigoryan said.

Arman Arakelyan founded Lore LLC in Stepanavan and will provide tourists with services and facilities for active tourism, such as a climbing wall and zip line, as well as other adventure and extreme tourism services. For more leisurely tourism, the Lore resort will also provide accommodation, private houses for rest and organise hiking tours and camps.

“Thanks to the training organised with the support of the European Union, we became more professional. Financial support enabled us to improve the area and expand our services. We are confident that in the near future our business will expand and new jobs will be created,"said Arakelyan.

Hamlet Tumasyan is the owner of another guesthouse, which has opened in Stepanavan.  After participating in training organised by the project and thanks to credit and grant funds, Hamlet Tumasyan completed construction and renovation works, acquired furniture, and installed a solar station. Tumasyan will also offer other tour services like guided tours, bicycles, horse riding, etc.

“Stepanavan is known as a resort for its unique climate. With the support of the European Union, it became possible to adapt our building as a guesthouse, furnish it and the most important thing build a photovoltaic station and save energy. We would like to position ourselves as a ‘green’ guest house,”Tumasyan said.

During a meeting with the entrepreneurs, the Executive Director of the SME DNC of Armenia said the activities of these entrepreneurs benefited not only their families, but also the wellbeing of the community, the region and the country as a whole.

“Thanks to your hard work, new jobs are created, more taxes are paid and eventually it becomes possible to create new enterprises thanks to state support,” said Grigoryan.

The four new SMEs have already created nine new jobs, a number that is likely to increase in the near future.

In order to develop the business marketing capabilities of the entrepreneurs, specialised advisory services were provided by the Strategic Development Agency NGO, including advice on proper presentation, promotion, and more.

The project for ‘Boosting competitiveness of regional SMEs’ project was launched in December 2016. It is co-funded by the European Union and the Ministry of Territorial Administration and Development of the Republic of Armenia, and is part of the EU4Business initiative. The overall objective of the project is to boost the competitiveness of regional SMEs and create sustainable employment opportunities in the Lori, Syunik and Armavir regions of Armenia. The project is implemented by the SME Development National Centre (SME DNC) of Armenia in partnership with the Strategic Development Agency NGO, Armavir Development Centre NGO, Spitak-Farmer NGO, and Syun NGO. 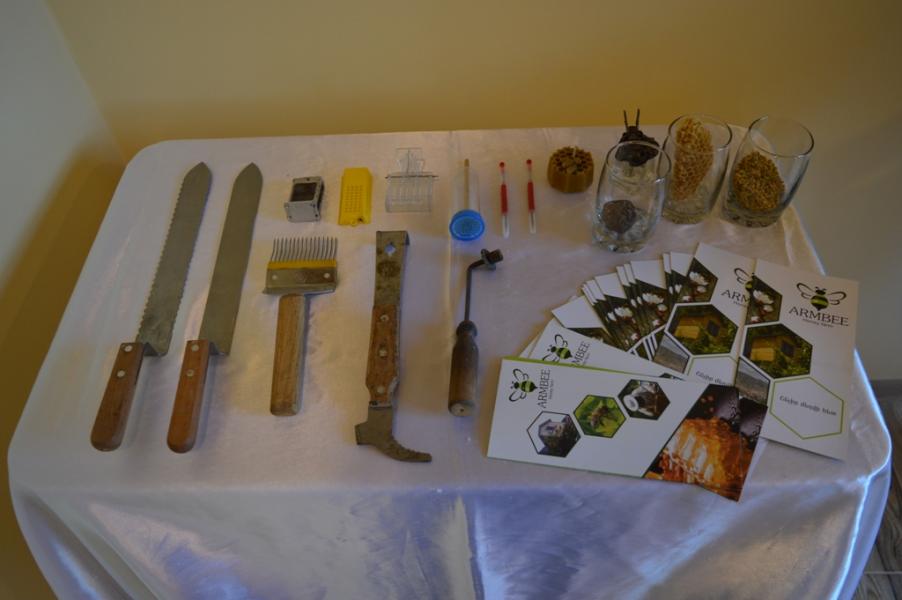 A display of beekeeping equipment at the ArmBee hives 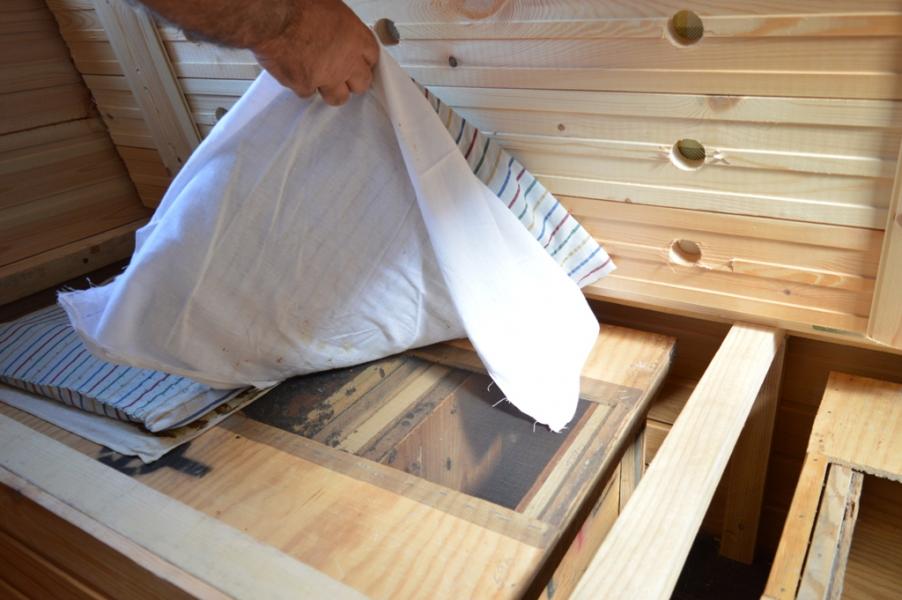 A beekeeper at work at the ArmBee hives

The new Gandzak fast food and bakery in Vanadzor 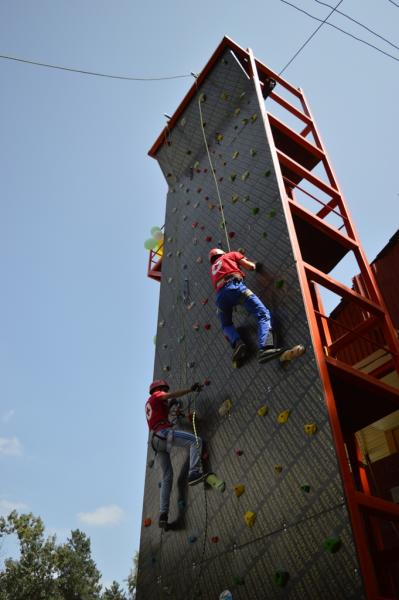 Wall climbing at the Lore resort in Stepanavan