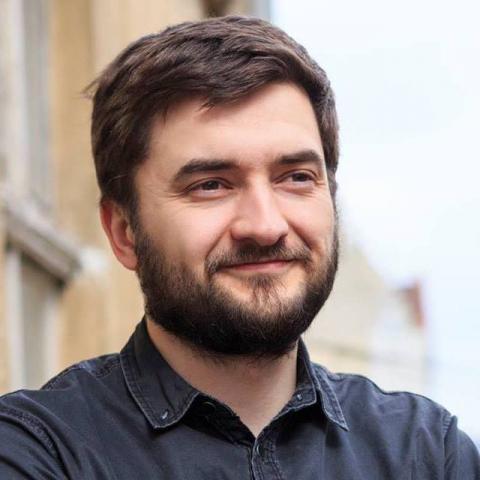 3D designer from Lviv Oleksandr Shestakovych had been doing object design for several years when he came up with an idea of a toy business. Back in 2018, little did he know that in only 2 years he would be a worldwide exporter of wooden toys thanks to a seria of trainings by the Business Information Support Center (BiSC) in Lviv, supported by EBRD together with the EU4Business Initiative of the European Union.

That time Oleksandr worked in a design studio named “Lis” together with his friend, also a designer, Roman Shpelyk. Both decided to create a unique to the market, fully Ukrainian product that would reflect the connection between generations through natural materials of the toys – wood. Their studio’s name could not be more inspiring with its meaning (“lis” is authentically Ukrainian word for “forest”). By simple doubling the name, which embodied the essence of the wooden toys, a new brand LisLis was born.

From a start-up to a set-up business

As Olha Sulyma, the Operational Director reminisces, those days the team had more questions than answers. "The lack of knowledge was our biggest challenge in growing a start-up into the full-fledged toy business. We often found ourselves lost and did not know where to find help", says Olha.

Olha says they were lucky enough to share the same office building as the BiSC in Lviv. They noticed the active communication of training programs in business management, operational management, investments, export, and enrolled on one of them as soon as the opportunity arose. During a year the team participated in totally five trainings.

Having a beneficial location close to the European markets, it was just a matter of time to launch export. But without a strong expertise both on the domestic toy business, and on any other markets, that would be a high-risk adventure to enter other countries.

Participation in the training program “Export for Small and Medium Business” facilitated by the BiSC in Lviv, in September 2018 was an “incredible leap forward for the whole team”, as Olha Sulyma describes it.

Right after the training, the LisLis team reshaped their communication and approach to foreign clients. In just a few months, lilslis attracted several overseas orders, which positively reflected on the overall turnover. A small Ukrainian producer of wooden toys selling its products on local fests turned to a Ukrainian exporter: they focused their exporting to the USA, the UK, Sweden and France with 40% increase in sales.

“Knowledge we gained unlocked our negotiations with potential investor,” adds Oleksandr Shestakovych. “We almost doubled the number of new clients and increased the number of repeat buyers".

The global crisis caused by Covid-19 pandemic put the compny’s activities partly on hold – both in terms of export and in the Ukrainan sales network. The company used to sell 90% of goods via retail stores and export orders, while now the demand shifted mostly to online shopping. “We have elaborated the website, and the volumes of online orders have skyrocketed. We are also working on the next toys collection and try to se every opportunity we see to stay afloat”, says Olha.

Although it’s still unclear when the company will be able to return to pre-crisis levels, Lislis founders stay optimistic and share their plans: to engage with more foreign clients and potential partners, increase staff, attract investment and discover news markets and opportunities. Natural wood texture instead of bright colours, geometric shapes instead of intricate details, manual assembly instead of automatization