Azerbaijan: how European advice helped one company survive the crisis and emerge stronger 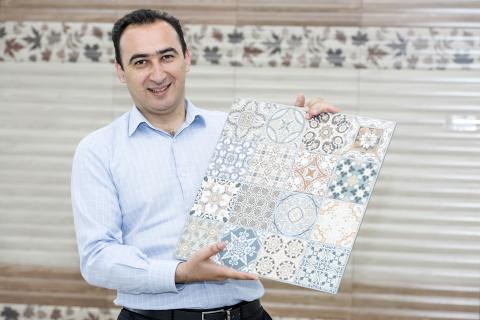 Sermar LLC is a ceramic tiles and accessories store selling leading European products in Baku, a long journey from its beginnings in the early 2000s, when it was established as a small shop selling construction materials.

“At that time it was just a small store covering a 15-50 square metre area,”recalls  the co-owner of the company, Aydin Aliyev.“For 12-13 years, the store operated in that way. Me and another partner then joined and made new investments. We rented this showroom and restyled the company. Since 2013, it has been called Sermar.”

Business was fine and sales were growing until the national currency of Azerbaijan, the manat, lost its value due to the fall in oil prices on world markets. The Azerbaijani economy's heavy reliance on oil led to two devaluations, and the value of the manat more than halved against the U.S. dollar. The correction in the value of the manat caused import prices to rise, leading to a sharp increase in inflation. The purchasing power of the population fell dramatically. The construction sector slowed, and the demand for construction materials fell sharply.

It was at this difficult time that support came from international consultants as part of a project implemented with the support of the European Bank for Reconstruction and Development (EBRD), and funded by the European Union under its EU4Business initiative.

The budget of the project was €60,000, of which 15% was covered by Sermar LLC. The project consisted of two phases. In the first stage Corrado Ferfoglia, an Italian entrepreneur, business developer and trainer with over 30 years of experience in the ceramic sector and sale of new products, provided consultancy services to Sermar.

“In 2016 due to the crisis a lot of stores closed down. Demand was low. It was necessary to pay off the debts. He prepared a comprehensive plan for crisis management. We changed the location of our warehouse on his advice. He taught us how to manage the unsold stock. At the time, it was a common problem for businesses. All of a sudden, the demand decreased and the unsold stock piled up in the warehouse. We had debts to suppliers,” says Aydin Aliyev.

Many businesses hoped the situation would get better soon and opted for the waiting position.

“But Corrado Ferfoglia said that if measures were not taken the situation may get worse as liabilities became due. The goods had been bought on tick. Though we offered them at old prices as they had been procured before devaluation, the demand was still low and turnover reduced many times over. Corrado said that in order to shift the unsold stock, it was necessary to make promotions without fail. And he prepared nice plan for this purpose,”Aydin Aliyev recalls.

It was not too long to see the results of the campaign, at a time when rival companies were feeling the pinch.

“Thanks to his consultation, we’ve successfully managed the stock and returned our debt on time. We had no liabilities before the suppliers. That is why they became our long-term partners and we cooperate up to now. But rival companies experienced a lot of challenges in this regard. They did not take any action hoping their previous turnover would return in a few months, which did not happen,” says Aydin Aliyev.

At the same time, Ferfoglia trained the management and staff of Sermer about the peculiarities of the business.

“Mr. Corrado taught  me  and our staff all the technical characteristics of ceramic tiles, how to determine their specifications in line with European standards,  methods of conducting tests, to classify  the ceramic tiles in accordance with their designation and technical specifications,” says Dadash Alakbarov, who works as a senior sales consultant at Sermer. “He also explained to us how to organise the right sales tactics oriented at different customer categories and how to set up an effective teamwork.”

“I learned how to organise meetings with potential customers like construction companies, architects, design studios in order to identify the target group. He explained the ways of  effective classification and planning the meetings,” says Nasibov.

“He was the perfect trainer,” recalls Aydin Aliyev. “The level of knowledge of our management and staff was not satisfactory. With his help we built up the knowledge base of our employees, which is key. Because if a sales consultant cannot answer a customer’s questions, then it leads to lost sales. Corrado explained to us how to group existing goods by sector. For instance, materials intended for interior, exterior, resistant to heat and cold weather. We acquired all our theoretical knowledge from him.”

As part of the project, employees also travelled to Italy and visited the factories manufacturing the ceramic products, learnign the production process  at first hand.

“They went to showrooms and saw how the products on display are organised. It was a different experience. With the help of the EBRD, we managed to go beyond borders and discover a different experience in this area. It was also a great motivation for our employees who directly work with customers. We still communicate and keep in touch with Corrado and became good friends.”

The second phase of the project was carried out in early 2017 with the support of Alma Nefić, a marketing expert from Bosnia-Herzegovina.

“Ms. Alma Nefić prepared the perfect plan for us and we still apply this plan in our business step by step. At the time, sales were not where they are now. She made a plan for the post-crisis period so that we could be ready when the crisis was over and purchasing power began to increase. Seven to eight months later it happened and it coincided with the plan. At the end of 2017 and the beginning of 2018, the construction sector started to recover. Currently about 300 buildings are under construction in Baku. Thanks to the plan she prepared we were ready for the growth period of the market.”

Alma Nefić also gave consultations about improving the visibility of the company, both the website and social media.The aim was to provide a better service to customers and inform them.

“Usually,the customers in this sector prefer to see and buy the products on site. But to make the first impression or to answer their questions later, both website and social networks are very important tools.”

The economic reforms carried out by the government to improve the business climate in the country are encouraging more people to become entrepreneurs. Inspections of entrepreneurs’ activities have been suspended, and new tax and customs legislation are being prepared, taking international experience into account.

Aydin Aliyev says that thanks to the advice of European experts and the economic reforms being implemented in Azerbaijan his business has started to recover, and now they cooperate with major developers. One of the company’s recent customers was the leading educational institution in Azerbaijan, ADA University, which is building a new student campus. They supplied them with ceramic tiles used in flooring and exteriors. The company’s products have also been used in the construction of  many wedding venues and residential buildings in the capital.

The co-owners have recently bought a large plot of land not far from their current showroom, which they rent. In the future, they plan to build a bigger showroom and expand the business. Next year, the company also plans to organise the subsale of products in the regions of the Azerbaijan.

This article is prepared for the EU4Business initiative and published in the local press: anews.az in Azerbaijani. 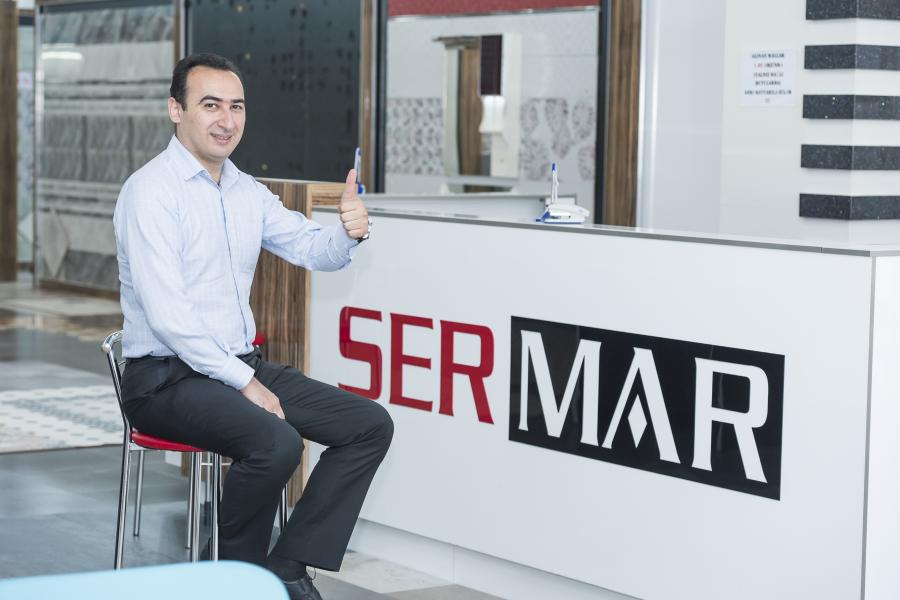