Team Europe: EIB and ProCredit to support faster recovery of Ukraine`s SMEs from the COVID-19 crisis with €25 million 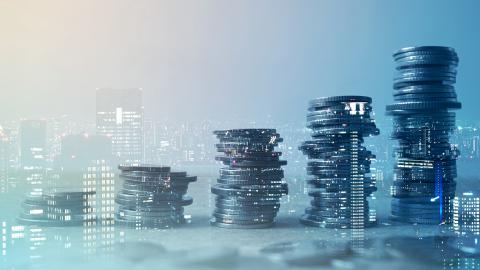 The European Investment Bank, the lending arm of the European Union, will provide €25 million to the ProCredit Group to offer a new credit line for small and medium enterprises (SMEs) and midcaps in Ukraine and support their faster recovery from the COVID-19 pandemic. The credit line can be made available in multiple currencies, including in the local currency.

The investment is a part of a €55 million regional agreement with the ProCredit, which allows creation of similar credit lines at ProCredit Group subsidiaries in Georgia (€10 million) and Moldova (€20 million), all in support of faster economic COVID-19 recovery of the EU partner countries in the Eastern Neighbourhood.

This transaction provides much-needed financing to companies in Ukraine to address working capital issues created by the ongoing pandemic. The EIB loan also strengthens the national banking sector of Ukraine and reinforces its ability to finance the economic recovery of the country.

Teresa Czerwińska, EIB Vice-President who is in charge of operations in Georgia, Moldova and Ukraine, said: “Team Europe continues to support economic recovery of EU partner countries in the Eastern Neighbourhood from COVID-19, reinforcing pan-European solidarity in these difficult times. We have thus created new sources of financing at a moment when such aid is crucial for the survival of our SMEs. We look forward to expanding our partnership in the future, so as to allow even more companies benefit from our shared dedication to support SMEs grow and develop.”

Matti Maasikas, the Ambassador of the European Union to Ukraine said: “We are glad to see the launch of this new EIB-ProCredit operation with a key support component from the European Union. This is part of EU efforts to support small and medium enterprises in Ukraine, including by easing conditions for access to credit. We think that these types of measures are particularly important at a time of financial distress for so many companies, in Ukraine and the entire Eastern Partnership region.”

The management of ProCredit Holding AG & Co. KGaA, the parent company of the ProCredit group, said: “Thanks to the well-established relationships with our clients and partners such as the EIB, we have been able to provide efficient support to numerous SMEs during these turbulent months. These EIB credit lines will support SMEs in Georgia, Moldova and Ukraine to overcome short-term liquidity shortages and will provide much-needed support in local currencies for their investment projects. We expect that this will open them up to new lines of business and opportunities and thus will support economic recovery in the coming years. We are confident that this will be stimulated by a structural shift towards investments that are climate-friendly as well as socially and ecologically sustainable.”

The EIB investment is a part of Team Europe’s overall response to COVID-19 and supports the sustainable social and economic recovery of the EU’s Eastern Neighbourhood. The operation reinforces both SMEs and mid-caps, which are the backbone of national economies and a major source of employment in three countries.

Covered by guarantees from the European Union, the EIB investment enables the ProCredit Group to increase its lending activities without jeopardising the long-term stability of the local financial sectors or their ability to support the economic recovery from the pandemic in the long term.

The credit lines will be even more attractive due to the more flexible terms enabled by the EIB’s COVID-19 emergency measures. These emergency measures are a part of Team Europe’s efforts to support partner countries in the Eastern Neighbourhood during the pandemic.

The European Investment Bank (EIB) is the long-term lending institution of the European Union owned by its Member States. It makes long-term finance available for sound investment in order to contribute towards EU policy goals.

The EIB in the Eastern Neighbourhood:

Through our lending to countries in the Eastern Neighbourhood – Belarus, Ukraine, the Republic of Moldova, Azerbaijan, Armenia and Georgia – the European Investment Bank plays a vital role in building important social and economic infrastructure. EIB projects develop the private sector and countries’ resilience to climate change. At the same time, the Bank presence reinforces relations with the European Union and its Member States.

In the Eastern Neighbourhood region, the EIB focuses on creating quality jobs and fostering economic growth, developing industry and infrastructure, supporting innovation, and providing affordable and clean energy. Climate action, in line with the Paris Agreement, is a top priority throughout EIB lending activities. Through such financing, the Bank acts as a catalyst to attract the funding needed to meet the UN’s Sustainable Development Goals (SDGs) for 2030. For more information on EIB activities in the Eastern Neighbourhood, please follow this link.

About the EIB in Ukraine:

The EIB finances projects in Ukraine on the basis of the EU External Lending Mandate. This provides the EIB with a guarantee covered by the EU budget for projects of significant interest to the EU and its Eastern Neighbours. The EIB has worked with Ukraine since 2007. The EU bank is committed to supporting Ukraine and helping to create the conditions necessary for the achievement of economic stability. Ukraine has been the main recipient country of EIB support in the Eastern Neighbourhood, accounting for roughly 50% of EIB lending activity. As one of the key International Financing Institutions (IFIs) in Ukraine, the EIB focuses on social and economic infrastructure, transport and connectivity, local private sector development, energy efficiency, climate action and innovation. The Bank supports the private sector primarily through financial intermediation, and also by providing direct loans to selected large companies. Notably, the EIB was the first IFI to make long-term funding in local currency available to a local bank in support of Ukrainian small and medium-sized enterprises (SMEs).

ProCredit Holding AG & Co. KGaA, based in Frankfurt am Main, Germany, is the parent company of the development-oriented ProCredit group, which consists of commercial banks for small and medium enterprises (SMEs). In addition to its operational focus on South Eastern and Eastern Europe, the ProCredit group is also active in South America and Germany. The company’s shares are traded on the Prime Standard segment of the Frankfurt Stock Exchange. The anchor shareholders of ProCredit Holding AG & Co. KGaA include the strategic investors Zeitinger Invest and ProCredit Staff Invest (the investment vehicle for ProCredit staff), the Dutch DOEN Participaties BV, KfW Development Bank and IFC (part of the World Bank Group). As the group’s superordinated company according to the German Banking Act, ProCredit Holding AG & Co. KGaA is supervised on a consolidated level by the German Federal Financial Supervisory Authority (Bundesanstalt für Finanzdienstleistungsaufsicht, BaFin) and the German Bundesbank. For additional information, visit: www.procredit-holding.com.